“We Need Everyone to Understand What They are Buying to Help Dispel Any Confusion Behind CBD and the Industry.” with Chase Terwilliger and Fotis Georgiadis

Will CBD Oil Help My Anxiety? 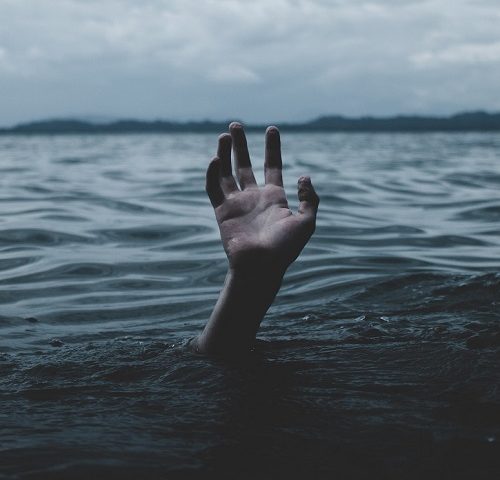 With hemp CBD oil now legal at the federal level, there is widespread interest in treating anxiety as one of the benefits of CBD.
For those interested in managing their anxiety with CBD oil, they must look exclusively at research on CBD, or cannabidiol, not generalized studies of medical cannabis or medical marijuana. CBD does not produce a high, only has trace amounts of THC (the compound that does produce a high) and even though it’s not currently FDA approved, most state laws do allow consumption of this part of the marijuana plant. The reality is that there are fewer studies on CBD specifically, but the nice thing is that the preliminary research is quite promising, with no side effects.
We can look as far back as a 2010 study, which found that CBD could indeed reduce symptoms of people with social anxiety disorder or other similar disorders. In fact, the study revealed that brain scans of the participants showed changes in blood flow to the regions of the brain linked to feelings of anxiety. The results of the study showed that cannabidiol (CBD) not only made participants feel better and actually changed the way they responded to anxiety.
A 2011 study also found that CBD oil could reduce social anxiety. In that study, the research was designed to look specifically at CBD to treat anxiety associated with public speaking or in large group settings. Once again, the results were promising with an overall reduction of symptoms.
Another published research venture in 2014 showed that CBD oil had anti-anxiety and antidepressant effects in animals. I believe you are sensing a trend developing here as almost every research project continued and continues to show promise for the reduction of anxiety.
In 2015, a cumulative analysis of several previous studies concluded that CBD oil is a promising treatment for a variety of forms of anxiety, including social anxiety disorder, panic disorder, mental health, obsessive-compulsive disorder (OCD), general anxiety disorder, and post-traumatic stress disorder (especially in veterans).
It was stated, however, that the data on long-term use of CBD oil is still limited. So even though research clearly points to the benefits in treating short-term anxiety, little is known about its long-term effects, or how it can be used as a medically consistent treatment. Hence, you should always talk to your doctor about the latest information available.
A 2016 case study specifically explored whether CBD could reduce symptoms of post-traumatic stress disorder (PTSD) and anxiety-provoked sleep disorder in a child with a history of trauma. The research found that CBD greatly reduced the child’s anxiety and helped her sleep.
If you’re currently dealing with a problem involving anxiety and find it difficult to even consider the side effects of opioid or prescribed big pharma medications, hemp oil or any other cannabis plant product that contains CBD may be a wonderful alternative.
As an article published in the Journal of Psychopharmacology suggests, both human and animal studies indicate that CBD, one of the primary compounds found in cannabis and marijuana, can serve as a viable treatment for anxiety.
In fact, more and more clinical trials continue to reveal that CBD oil is an effective solution for a wide range of conditions including chronic pain, multiple sclerosis, Alzheimer’s disease, depression, stress, and anxiety. Research has also shown it can lower blood pressure and act as a natural anti-inflammatory supplement.
But the most common benefit of CBD oil is in dealing with specific forms of anxiety. Our team has conducted several meetings with a wide range of individuals from children to teens to adults to veterans with a variety of anxiety causing ailments. What we have found is those that have used CBD actually swear by its benefits. Of course, there are some that have been skeptical and that skepticism should diminish as more research becomes publicly available.
In a nutshell, CBD seems to have important health benefits which make it a supplement worth taking into consideration, especially for those suffering from anxiety.